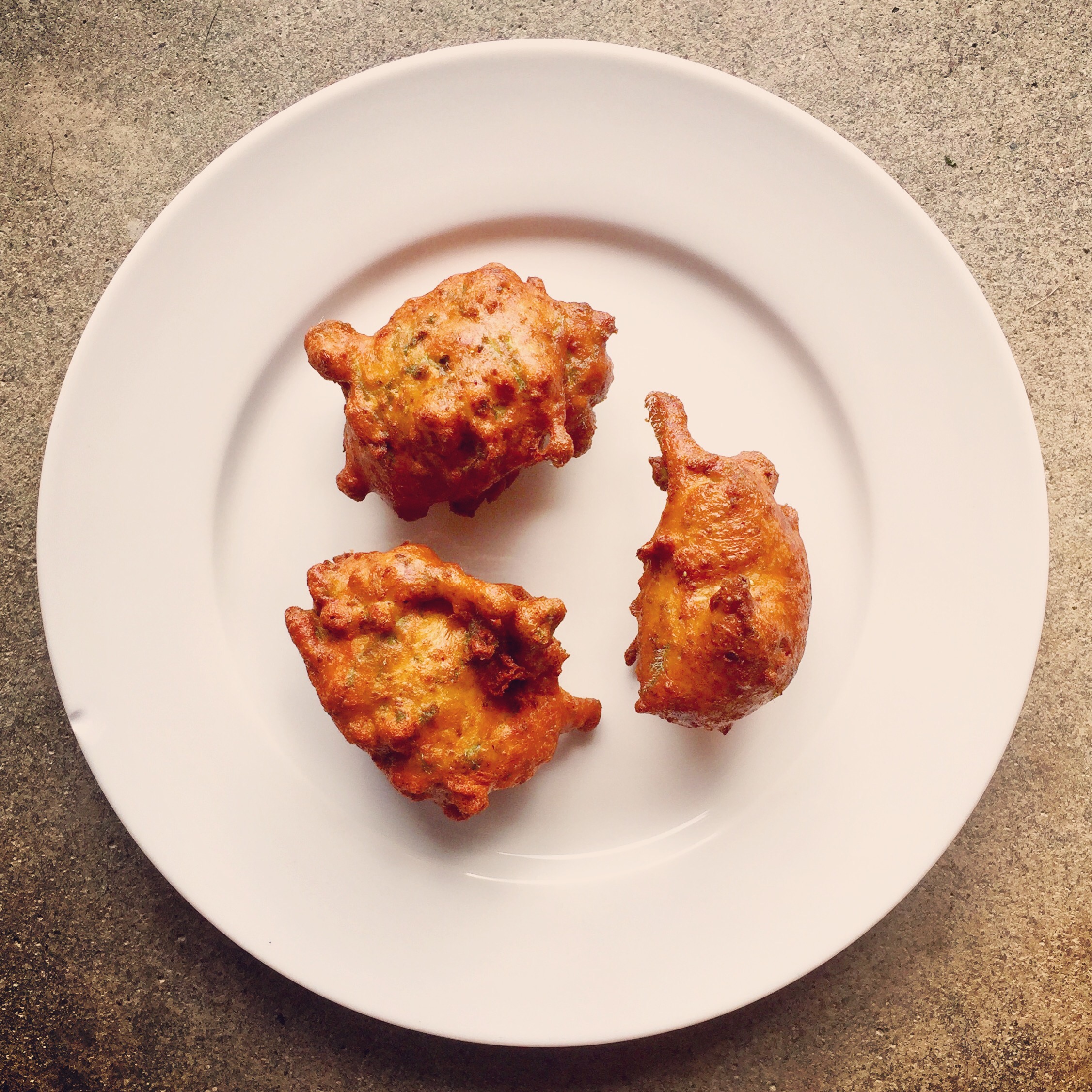 Hogweed shoots are my favourite vegetable in the Spring. They can be steamed but they truly come into their own when fried. I often just fry them in butter until they start to crisp and brown. They’re big butter hogs though and can sometimes be slightly greasy. This is where deep frying them quickly in a light batter comes into its own. I often make delicious hogweed tempura but this year I’ve done a twist on them to make some wild curried hogweed pakora.

Many people don’t realise that many of our native wildflowers produce spicy seeds. A full list can be found here in my Edible Seeds and Wild Spice Conversion Chart.

Traditionally gram flour (from chick peas) and semi skimmed milk would have been used to make pakora and you can use these to replace the ingredients below if you don’t have foraged supplies from last year. You can also use coriander instead of hogweed, cumin instead of Alexanders, curry powder instead of the milk caps and just plain salt. However, the version I made uses ingredients that could all be foraged – except for the sunflower oil to cook them in!

Trim your hogweed shoots and remove any soil. Push them together on a chopping board and chop them roughly. Remove the stalks and finely chop the alexanders leaves.

In a mixing bowl, put the flour, spices and salt and mix together. Add the juice and syrup. Then slow add the milk, stirring to avoid lumps, until you have a batter the consistency of thick cream. Then add your chopped hogweed shoots and finely chopped alexanders, and mix them in, until the batter is evenly distributed.

Fill your chip fryer with sunflower oil, insert the wire basket and set the temperature to 180C. The oil must reach the right temperature before you start. Alternatively, if using a stovetop pan, heat the oil until a small drop of the batter sizzles immediately as you drop it in.

Using a dessert spoon, scoop up a flat spoonful of the mixed batter and using a second spoon to release it, roll a dollop off the spoon into the hot oil. Fry for 2-3 minutes until golden brown. Then lift the wire basket and allow to drain before lifting them out into a serving dish.

Serve while still warm with a wild garlic raita.