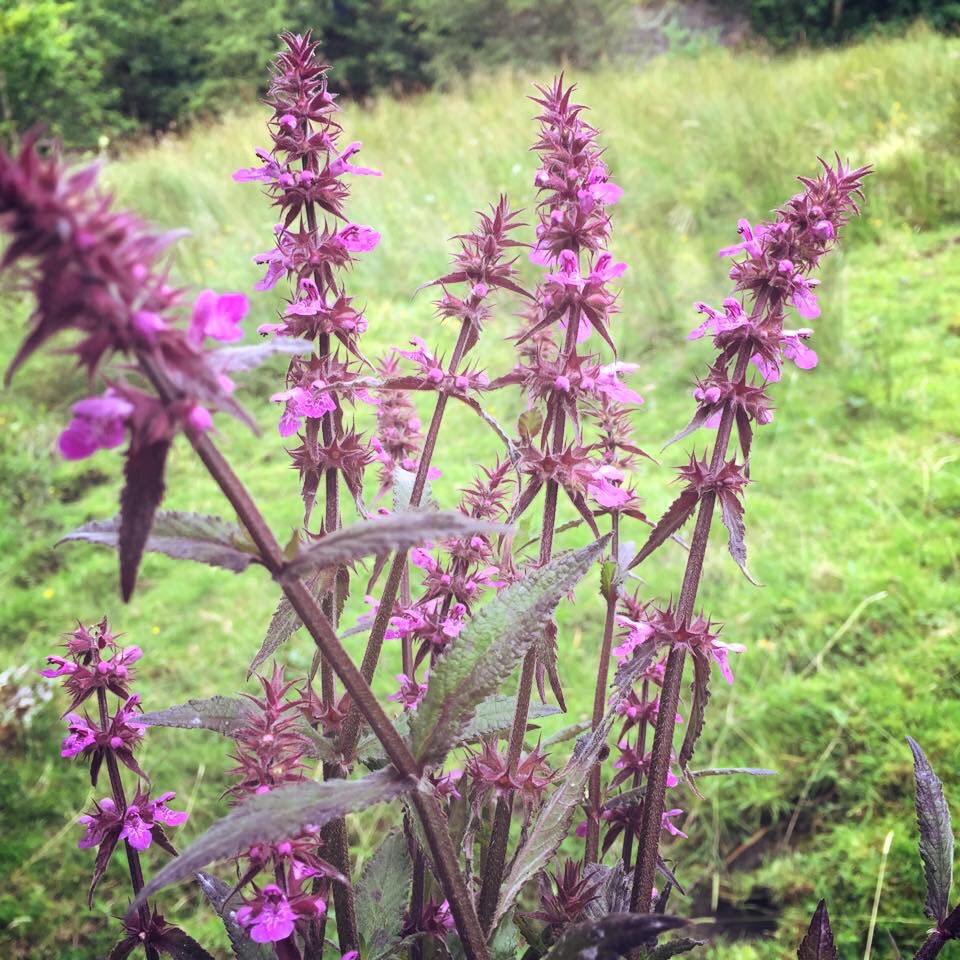 Update: Over the past few years I have been using this herb a lot in my Lyme clinic. It is an excellent anti-inflammatory and also antihistamine so I use it for flare-ups of all sorts especially where a histamine or allergic reaction is involved. So helps with very sensitive gut, skin flares, allergies. Very useful combined with Bidens to treat mucosal inflammation such as mucous pemphigoid and I have also used it in extreme kidney and bladder sensitivity. It is a neutral herb neither cold nor warm, taste slightly sweet. I also rate it highly as an analgesic herb for bone pain that accompanies inflammation.

Original article: Recently I got bitten yet again. Not by horseflies this time, but some mosquitoes. Sadly I reacted in just the same way. About 27 years ago, I was bitten by a large centipede while living in the West Indies – the joke shop kind, huge and shiny – and had an awful infection with my entire arm swelling up, resulting in minor surgery to drain it. Ever since then some (previously tolerated) insects can give me the most awful bites. These mosquitoes, that waylaid me during an evening foraging walk, weren’t even very big. However by the next morning my calf (2 bites) was massively swollen and I also had a huge lump on my forearm that looked like a second elbow! And, as with horseflies bites, I felt fluey, weak and the pain was intense.

My normal treatment is a blend of nettle, chickweed and wood betony tinctures taken internally with chickweed tincture held against the bites with a gauze pad. But this time, there was none in the house. Chickweed I could pick down by the old shed where it likes to grow – it is a cooling, soothing herb used where there is heat and redness in the body (eczema, nappy rash, etc.). Nettles I could also pick – they trigger the body to produce antihistamine so are great for allergic reactions, hay fever and eczema outbreaks. But wood betony (Stachys officinalis) – for the pain – I had no idea.

A friend of mine thought he’d seen viper’s bugloss (Echium vulgare) growing near a local stream and, as this is used to treat poisonous bites, I thought I’d go and look for some. However, there was none there. Walking back though I spied some marsh woundwort growing among the swamp grass.

Marsh woundwort is Stachy palustris and so related to wood betony (Stachy officinalis). By this time my leg was so painful it was a struggle to walk, so I collected about 8 of the plants and set off home where I cut the top two thirds into a saucepan, covered them with water, brought it all to the boil and simmered it for five minutes.

Marsh woundwort has quite a strong unpleasant smell so I was surprised how tasty the tea was. Very similar to the taste of nettle – mind you, its relative hedge woundwort (Stachys sylvatica) is sometimes called hedge nettle. I put a touch of honey in and drank a mugful. I also soaked some gauze pads in cold woundwort tea and wrapped them into place with a gauze bandage. Within 15 minutes of drinking the first mug, the pain started to abate and the swelling lessened. The effect lasts for about 5 hours between mugs.

So I can truly recommend marsh woundwort tea for managing pain and allergic reactions with inflammation.

In medieval times, it was considered one of the most valuable herbs. Used directly on wounds as a poultice to heal them, as an ointment for grout and joint pain, and also used internally for cramp and vertigo as well as internal bleeding (haemorrhages, dysentery, etc.). Modern herbalists use it for its antispasmodic properties to treat painful cramps such as menstrual cramps. Like betony, it probably has a sedative effect on the central nervous system and is useful for managing pain. Likely alkaloids are betonicine, stachydrine and trigonelline.

There is a lot of research on stachydrine. It has cardio protective benefits but has also been found to prevent the deterioration of endothelial cells (the cells that line our blood vessels and lymph system) caused by high-blood sugar levels in diabetics.

And did I mention that you can eat the tubers?!