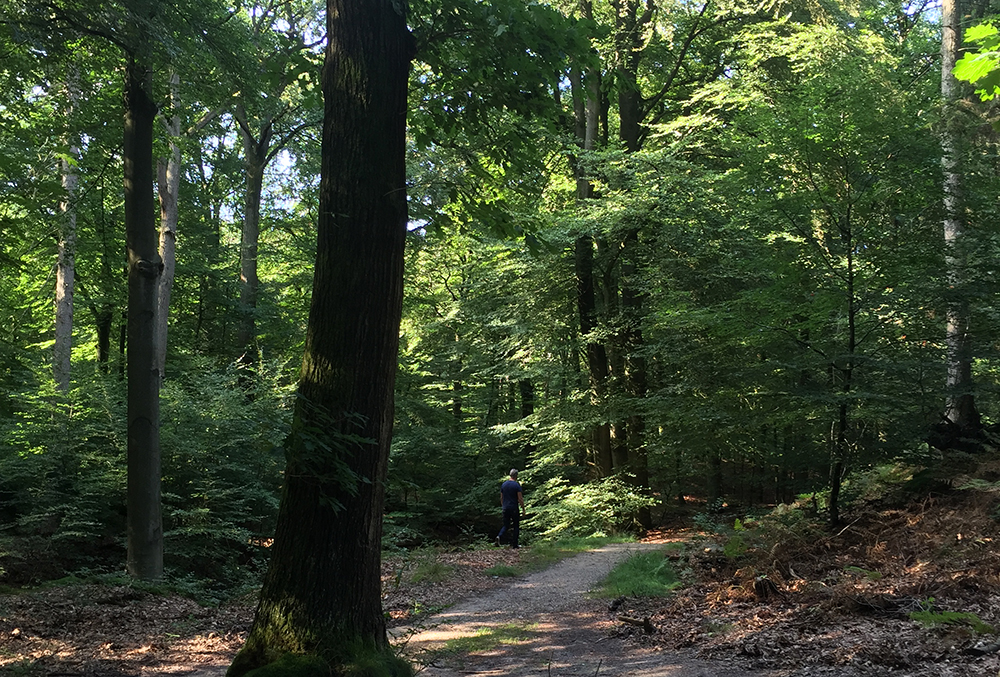 Can plants talk? This century we’re learning that bacteria can talk and count – it’s called quorum sensing – and they know when there are enough of them to mount a successful attack. Birds like the Clark’s nutcracker can harvest well over 100,000 seeds each, plant them in separate locations (3 to 5 seeds at a time) and, over the following 12-24 months remember where they buried them all. This memory also involves incredible navigation by triangulation – the sort of maths that would defeat most humans. So if the abilities of bacteria and birds are being reassessed, why not plants? Researchers like Trewavas proposed in 2003 that plants have memory. He believes that plants can retrieve information from their “experience” to guide future growth development. So if plants can ‘talk’, then what language are they speaking?

We know that humans have historically used over 7000 plants for food and medicine. I’ve often been asked how we knew which plants were beneficial to us? How did we learn all that? I’ve long believed it was more complex than just trial and error, then passing that knowledge down to our offspring. Surely it was more simple, after all, many animals already use plant medicine without, as far as we know it, consciousness in their actions. The use of plants as medicine by animals is called zoopharmacognosy. Examples include:

Turning it on its head, I began to suspect that it’s not that we learnt so much, but rather that we’ve forgotten so much. I tell people that we have forgotten how to speak the language of the biosphere. It’s called biological chemistry ~ biochemistry.

But biochemistry isn’t a language in the usual sense of the word. It is defined as the study of chemical processes in living organisms. Biochemical processes give rise to the complexity of life by controlling information flow through biochemical signalling. It explains how living processes communicate with themselves and with others.

Recently I have come across a far better twentieth century definition of this ‘biosphere Esperanto’. Biosemiosis.

Biosemiotics (from the Greek bios meaning “life” and semeion meaning “sign”) combines biology and semiotics. Semiotics is closely related to the field of linguistics. Linguistics is the study of the structure and meaning of language. Semiotics is the study of signs and symbols as a significant part of communications. Unlike linguistics, semiotics also studies non-linguistic sign systems. So semiosis is sign processes with meaning, that can be interpreted.

Biosemiotics is a field that studies the production, action and interpretation of [non-linguistic] signs and codes in the biological realm (Barbieri, 2008), and the attempt to integrate the research findings. Biosemiotics demands a big mindshift, changing much previous thinking, of the scientific view of life. It demonstrates that semiosis is one of life’s immanent and intrinsic features.

In practice, in the plant and fungi world, biosemiosis is when these living organisms use mechanisms other than words to communicate, i.e. chemical messages (signals). A pheromone (scent aroma chemical) is a good example. Three common plant uses would be:

We also know that the mycelium of mycorrhizal fungi – those white threads of hyphae that run through the soil – connect plants and fungi together in a huge worldwide web of life. On one level there is a well-understood mutual nourishment benefit. Trees use air and sunlight to manufacture food. Their green leaves use the energy of sunlight to combine water with carbon dioxide. This process creates two products — oxygen and carbohydrates in the form of sugar that dissolves into the sap. The sap goes down into the roots of the trees where it is exchanged with the fungi for water and nutrients.

Perhaps as many as 90% of all plants depend on mycorrhizae to survive and these fungal relationships probably allowed plants to establish themselves on land around 450 million years ago.

However, the relationship is not just about food. It is far more complex than that.

Mycelial networks also carry chemicals. Some are toxins, helping to keep intruders away, but others are chemicals that are used as signals. Biosemiotic signals that allow the plants and fungi to communicate with each other. This short TED Ed video explains it very well.

Suzanne Simard: How trees talk to each other. June 2016.
Suzanne is a professor of forest ecology at the University of British Columbia’s Department of Forest and Conservation Sciences in Vancouver. She studies the surprising and delicate complexity in nature. Her main focus is on the below-ground fungal networks that connect trees and facilitate underground inter-tree communication and interaction.

There is a current debate as to whether phytosemiosis (plant signalling) is worth separating from the catch-all of biosemiosis and indeed, whether either of these are a ‘real science’. The core of this argument is really about whether plants are just reacting – through feedback cycles with sensors and regulators – to their habitat, or whether their signalling is intentional and purposeful behaviour. This is uncomfortable for many people, as it means that the different life forms that we share the planet with may be far more interactive that we have previously thought.

I always think that this is why so many people are particularly uneasy in a forest after dark. I mean there are no wolves or bears here in Britain! It doesn’t literally ‘come alive’ as it is already very much alive. It’s just that deprived of our sight, in the darkness, as our other faculties kick in, we start to become far more aware that there is a lot of life going on around us ,that we’ve previously chosen to ignore. I wonder if this loss of semiotic ability is fairly recent? Explorers speaking to traditional peoples often report that elders would talk of the plants having “told them”, or “spoken to them”.  Certainly we can understand the use of a plant from biochemistry. Chew a bramble bud that drys up your mouth and you’ll recognise tannin. And if you know that tannin dries the mucosa in the body, it is logical then that bramble shoots and roots are used to treat dysentery. But did we once, in our relatively recent past, have a far greater ability to understand the signs and codes of other life forms?

The semantics of definitions can be frustrating when trying to understand the issues. Even if biosemiotics is broken down into five study parts for the five kingdoms (phytosemiosis (plant), zoosemiosis (animals, insects, etc.), mycosemiosis (fungi), bacterial semiosis and protist semiosis), at the end of the day, plants are communicating with each other, with fungi, and insects, and animals, and bacteria and vice versa.

However, at the end of the day, no matter how we want to define it or break it down, biosemiosis appears to be an excellent word to describe the communication of all living things.

Isn’t it time we learnt to speak it?