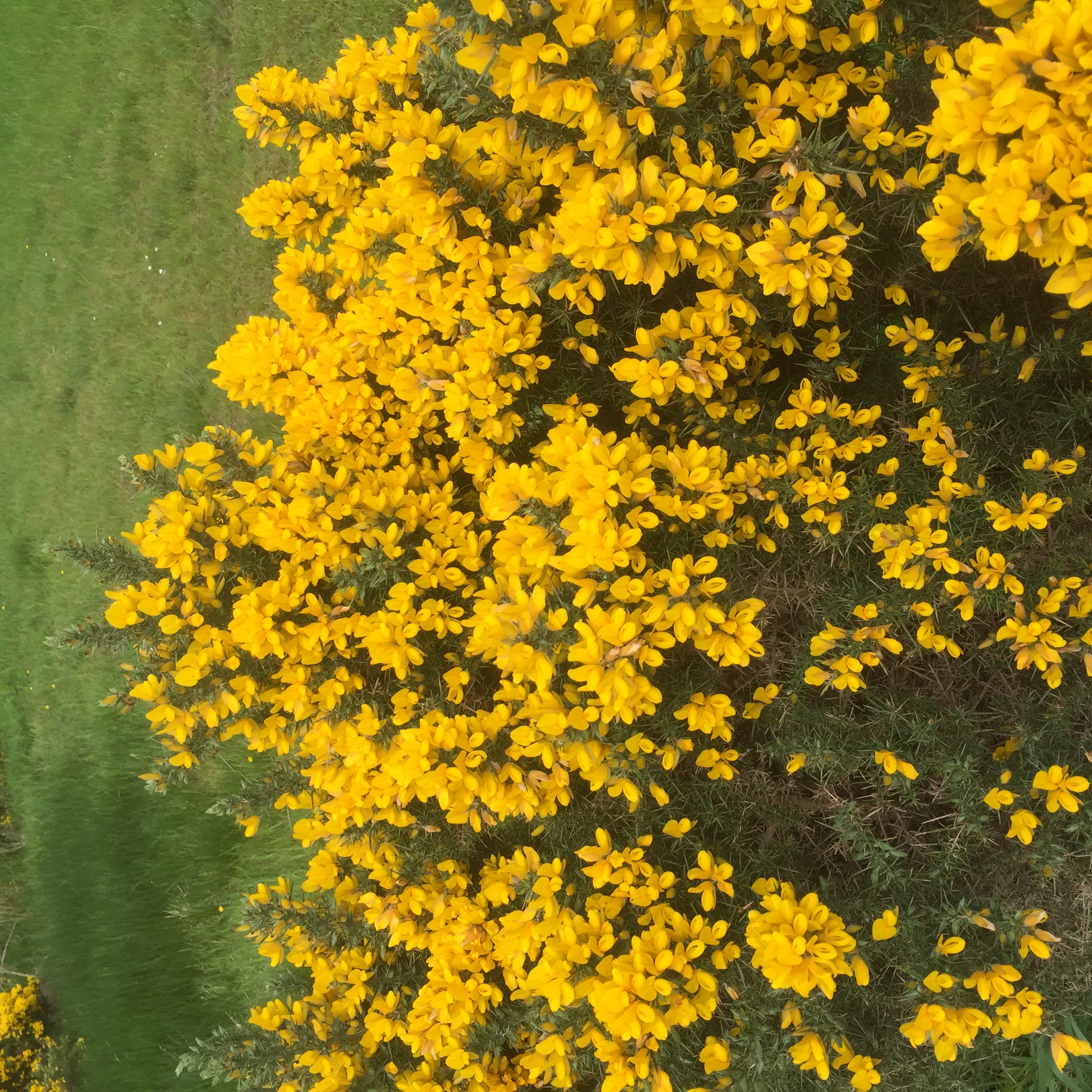 Gorse flowers (Ulex europaeus) are not only cheerily pretty but also edible. This doesn’t apply to the pods though as the pods contain some strong chemicals and are to be avoided. Gorse flowers nearly all year round but it’s at its show-stopping best in the early spring. The bright yellow flowers taste of coconut… or peas!

The taste you get is entirely based on the amount of sunshine around. The warmer and sunnier the days are, the stronger both the delicious aroma and the coconut flavour. Interestingly, you’ll often get both flavours on the same bush.

Up here in Scotland the sun rises in the east and sets in the west as it does everywhere. But unlike when you’re close to the equator, the sun doesn’t pass directly overhead here. As we’re so far north, the sun always passes a little off centre towards the south. This means that the north side of the gorse bush gets far less sunshine than the southern arc and the flowers on the north side of the bush will usully taste just like mange tout peas, or pea shoots, while their neighbours, on the sunny side, taste of coconut. Try it! It’s true.

You can eat the flowers as they come. Or add them into a coconut sponge cake. They infuse well in vodka or white rum. I use the latter and then combine it with an infusion of Pineappleweed in my attempt to make a pina colada. The resulting blend is lovely – although not thick and creamy – I call it a Gorsa Colada.

I love making Gorse Flower Cordial and also con inning a Gorse Syrup with Gooseberries. I also make gorse wine and use the flowers to flavour mead.